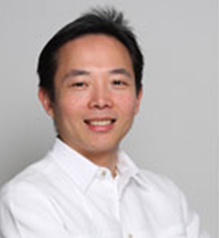 Mr. Robertson (Dick) Chiang is an IT and FinTech entrepreneur. He is based out of Manila, Philippines and is currently on a mission to make e-commerce payments as accessible to as many people as possible given the challenge of low credit card and banking penetration in a country of over 100 million people.

Dick graduated with a BS Computer Science degree and the Computer Science Department Award from the Ateneo de Manila University in 1991. He pursued his MBA from the Babson Graduate School of Business in MA, USA with a focus on entrepreneurship in 1995. Aside from online payments, he has extensive knowledge in computer programming, Internet Protocol (IP)-based technologies, and computer telephony. His current interests include Data Science, Machine Learning and Cloud
Computing. During his spare time, Dick enjoys traveling to unfamiliar places.

Dick is a founding director and the current Vice President of the Digital Commerce Association of the Philippines (DCOM), a trade association composed of various players that make up the Philippine e-commerce industry. It is DCOM’s goal to make e-commerce grow in the country through various programs and events, education, and government representation.